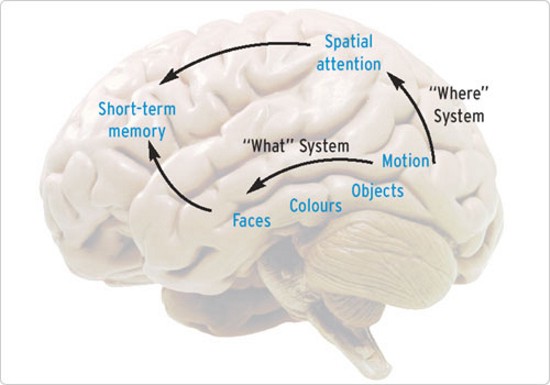 Memory and/or cognitive problems are the rule rather than the exception in people with mood disorders1. There are a number of reasons for this and figuring out the best approach to these problems is tricky.

Mood episodes (episodes of mania, hypomania or depression) appear to be harmful to the brain. Studies find that those with the largest number of episodes are much more likely than the general population to have evidence of white or gray matter abnormalities that can be found also in those with dementia2. This doesn’t mean that these people have dementia, but it is a worrisome finding and one reason why early and effective treatment seems so important. Other studies find that there are lower levels of brain derived neurotrophic factor (sort of a natural brain cell “growth hormone” that keeps brain cells healthy) in people with mood disorders, and that these lower levels improve with effective treatment3.

There are at least two ways that depression affects cognitive functioning4:

People with mood disorders often have anxiety. In fact, for many, many people with bipolar disorder, high levels of anxiety in childhood are the first evidence that there is any kind of psychiatric disorder. Anxiety (as well as depression) is notorious for causing difficulty remembering things. Memory seems to function best at low to moderate levels of stress (measured as high levels of the stress hormones cortisol and adrenaline)5. Above those levels cortisol has a direct negative effect on the functioning of the hippocampus, which is the brain’s card catalog for finding memories and filing memories. So treating anxiety (and depression) almost always improves memory and cognitive functioning.

Episodes of depression and hypomania or mania may have an effect on cognitive functioning that lasts longer than the mood episode6. We find, and newer studies support this view, that once the mood symptoms are controlled it takes an additional six to nine months for the brain to return to its baseline functioning. This is often why a quick return to work or school can be impossible.

Also, studies tend to find that people with bipolar disorder are more likely than the general population to also have attention deficit disorder7.

With so many potential confounding factors the most important first step is to get your clinician to do a very careful assessment for comorbid anxiety, attention deficit disorder and inadequately treated mood symptoms.

Having done that, now what? There are several more or less experimental interventions that may help. None of them is a panacea and, of course, as with all treatments, they may have side effects, even potentially serious side effects. But if the problem is significant you may want to consider some of them:

3. Lee BH, Kim YK. The roles of BDNF in the pathophysiology of major depression and in antidepressant treatment. Psychiatry Investig. 2010 Dec;7(4):231-5.