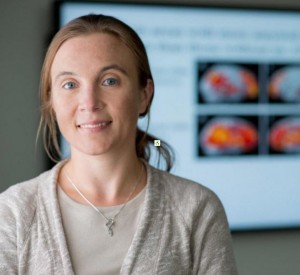 Common over-the-counter medications may increase your risk for dementia. That is the startling finding of a recently published journal article which used a number of approaches to examine the possible risk of using medications that have anticholinergic effects.

The study was extremely well designed and is likely to remain the definitive work on the subject. Using brain imaging techniques, the researchers found lower metabolism and reduced brain sizes among study participants taking the drugs known to have an anticholinergic effect. They also found an increased incidence of new cases of dementia among those receiving anticholinergic medications, and lower scores on a number of tests of memory and brain function.

“These findings provide us with a much better understanding of how this class of drugs may act upon the brain in ways that might raise the risk of cognitive impairment and dementia,” said Shannon Risacher, Ph.D., assistant professor of radiology and imaging sciences, first author of the paper, “Association Between Anticholinergic Medication Use and Cognition, Brain Metabolism, and Brain Atrophy in Cognitively Normal Older Adults.”

“Given all the research evidence, physicians might want to consider alternatives to anticholinergic medications if available when working with their older patients,” Dr. Risacher said.

The study involved 451 participants (average age of 71), 60 of whom were taking at least one medication with medium or high anticholinergic activity. The participants were drawn from a national Alzheimer’s research project — the Alzheimer’s Disease Neuroimaging Initiative — and the Indiana Memory and Aging Study.

To identify possible physical and physiological changes that could be associated with the reported effects, researchers assessed the results of memory and other cognitive tests, positron emission tests (PET) measuring brain metabolism, and magnetic resonance imaging (MRI) scans for brain structure.

As you can see from the picture below, across a number of measures of brain function, those receiving anticholinergic medications performed worse.

AOL.COM EDITORS. (2016, April 19). Allergy medications may cause brain damage, increase dementia risk because of course they can, everything can. Retrieved April 20, 2016, from http://www.aol.com/article/2016/04/19/allergy-medications-may-cause-brain-damage-increase-dementia-ri/21346876/