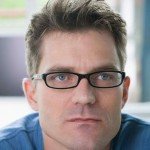 Why are we so insistent that people in “active treatment” at Gateway Psychiatric, have to always have a future appointment, and must discuss with us the issue of visit frequency? Why don’t we let them come in when they feel the need?

Today we were meeting with someone who was asking all of those questions and who also, in many ways, illustrates the value that leads us to enforce this rule without exceptions.

Howard is a 45 year old man who has had a long history of substance use and of unstable moods, primarily manifesting as depression. His depression has had big effects on his life. He is not able to work, his marriage is largely unhappy, he has few friends.

In addition, he has been, pretty much throughout his life, very skeptical of authority figures and of medicine and doctors.

He came in to see us about three years ago in the midst of a severe depression and we identified this depression as a form of bipolar. After a careful assessment we decided that lamotrigine would be an appropriate treatment. With gradual titration, he had a clear improvement in his mood that was consistent for about a year. Unfortunately, this did not mean that he was no longer depressed, he continued to have mild chronic depressive symptoms, although they were much better than they had been previously. We recommended the addition of a form of psychotherapy that was developed specifically to help people with chronic depression (Cognitive Behavioral Analysis System of Psychotherapy – CBASP).

However, his skepticism about psychiatry persisted.

He ran across a lecture offered by someone we know fairly well, Tom Wootton. Tom suggested that a process of gradually titrated discomfort and an intensive effort of mastering skills designed to allow someone to cope with that discomfort it is possible for some people to taper off of medications.

We don’t  think that if Tom had met this fellow he would have said that he was an appropriate candidate for this approach, for one thing he was not really interested in doing the kind of work that Tom suggested, however Tom’s lecture captivated his attention and crystallized his doubts about medication and psychiatry in general.

As a result, about six months ago he decided, against our advice, to taper off of his medications.

The process has been fairly difficult and, as he said at the beginning of his visit with me today, he has pretty consistently felt worse since he made that decision. Nevertheless, he seems committed to continuing to taper all the way off.

Leaving that matter aside, everyone gets to decide for themselves what treatments that doctors offer they want to accept and which they do not want to accept. It’s our role as physicians to be clear about what our opinion is and what we recommend and why. We are not allowed to make decisions for the people who come to see us.

What ended up occupying a fair amount of our time today was the fact that Howard wanted to continue to be in treatment in some fashion, but he didn’t want to have any future appointments and wanted to be free to come in when he felt it was time. And that does not fit with our rule about active treatment.

In fact, the last time we had seen Howard, was four months before this appointment. He had missed two previously scheduled appointments, and instead, had had short phone conversations with us, and then he had his wife call in and cancel a third appointment.In other words, Howard did not want to come in at an agreed upon frequency. He wanted to set the timing of visits without any consultation with us. But, he still wanted to be in “active treatment.”I went through the thinking that led us to insist that active treatment required future appointments set at a frequency that was jointly agreed upon.

Over the last 10 years, it became clear to us that the very rare people who left our practice and then had catastrophic outcomes (especially two patients who left our practice and committed suicide) had always left in this vague fashion. Canceling appointments, but still wanting to be in treatment, getting refills without being seen, and then eventually, disappearing altogether.It seemed to us, reflecting on this, that there were two factors involved:1. The fact that these people were making a decision without making them explicitly, allowed them to avoid the conscious process of evaluating whether the decision to drift out of treatment was a good one or not. And in the process of drifting, they might be able to fool themselves into thinking that they were getting worse for some other reason, or that the fact that they were feeling badly was a reflection of the treatment, rather than due to its absence.2. The fact that these people drifted out of treatment meant that we never had a conversation with them about how they might recognize that the symptoms that they were having really necessitated that they resume care. In other words, we couldn’t have a proper process of talking about what might happen when they stopped treatment and what our recommendations would be for how they could monitor themselves.For these reasons, we came up with the policy that we have summarized this way –

Our patients have to agree to say goodbye in person. We won’t try to stop them from leaving care, or from switching care providers, that is their choice, but we do want to have a final visit.

Howard kept going back and forth in our conversation. He said that we were too expensive and that he didn’t find his sessions worthwhile, but equally, he refused to make a decision to stop treatment. He remained fixed on the idea that he could be in treatment and yet not have any planned visits.Right at the end of our conversation, Howard made it known that the reason he was so insistent on being in this state of limbo was that he did not want to leave behind the safety net of care from our clinic.And that, of course, is exactly the reason why we insist on making things black and white. We don’t want people to think that they have a safety net, when in fact, they don’t. And Howard, who is making his own decisions about when to come in, without any consultation with us, and is making his own decisions about what medications to take, again without consultation with us, really doesn’t have a safety net.