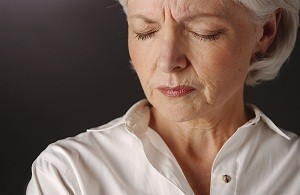 A study suggests that aripiprazole augmentation may be an effective strategy for treating major depression in older adults.

And these cognitive differences tend to predict worse outcomes when treating major depression.

There are major differences in how medications are metabolized and how they affect us as we age, so we can’t simply assume that the results of trials in younger adults can be applied to older adults.

However, in a systematic review of the literature done in 2011, there were no double-blinded clinical trials of treatment resistant late life depression and only 14 small open label studies.

So any good study in this area would be welcome, but this study has also generated excitement because the positive result was quite clinically meaningful. Hence the accompanying editorial by Alan Thomas: “Management of late-life depression: a major leap forward.”

About half of older adults with a major depressive disorder do not achieve full remission with an initial trial of an antidepressant. Generally, the next step is a trial of a different antidepressant, or augmentation with another agent.

In this study, older adults who had not responded adequately received a trial of venlafaxine, titrated up to a maximum dose of 300 mg, and then those patients who did not respond fully to venlafaxine were randomized to receive either aripriprazole (initiated at 2 mg a day and titrated up to a target dose of 10 mg a day) or placebo.

There was a significant difference in outcomes. 40 (44%) of 91 participants randomly assigned to aripiprazole and 26 (29%) of 90 randomly

assigned to placebo achieved remission. The difference became apparent early (as early as two weeks after starting aripiprazole) and lasted throughout the six months the study lasted (see figure at right).

A standard way of assessing whether a result is not just statistically significant, but is also clinically significant is the number needed to treat (NNT). The lower the NNT the more potent the intervention. In this study the number needed to treat (NNT) with aripiprazole of 6·6 (95% CI 3·5–81·8) is similar to the NNT in young adults of the two most well studied augmentation therapies: lithium (NNT=5) and atypical antipsychotics (NNT=9).

Another aspect of the study that has elicited positive comment is the careful attention to measuring potential adverse effects, since side effects of medications are more worrisome in older adults. Here also the study was reassuring.

Akathisia was noted at some point during the randomised phase in more participants (n=13) assigned to aripiprazole than were assigned to placebo (p=0·02; table 3). Typically, akathisia was mild and did not persist to the end of the treatment phase…

Participants assigned to aripiprazole had a greater increase in bodyweight, but not in total body fat, than those assigned to placebo (figure 3). No differences were reported between groups in changes in percentage of body fat, or in total cholesterol, HDL, LDL, triglycerides, glucose, or insulin concentrations…”