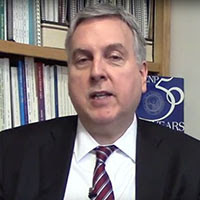 While we were in the midst of a seeming epidemic of concern about opiate prescribing and possible overuse of opiates by physicians, it is ironic that we are also seeing a small stream of articles being published about the potential effectiveness of opiate agonists in treating patients with treatment resistant depression.

I’ve been interested in this topic since Enoch Callaway, a brilliant psychopharmacologist who was my supervisor during my training program at UCSF, mentioned his own experience which included some remarkable stories of patients who’d failed every known treatment for depression and ended up doing well on methadone.

Over the years I’ve collected a small case series of people with treatment resistant depression who also had opiate dependence and had remarkable improvements in mood when they ended up on a stable dose of buprenorphine or methadone (which was prescribed for their opiate dependence).

Along comes a second article about the use of buprenorphine in the last year, this time from another brilliant psychopharmacologist, Mauricio Fava at Harvard University.

As summarized in APA News –

“The study used buprenorphine (a partial µ-opioid receptor agonist that also blocks κ-opioid agonists) and samidorphan (a µ-opioid receptor antagonist), developed by Alkermes, which sponsored the clinical trial. Study participants included 142 people with major depressive disorder (MDD) who had been treated with a selective serotonin reuptake inhibitor or a serotonin-norepinephrine reuptake inhibitor but had an “inadequate response” to one or two courses of treatment.

The researchers used a two-stage sequential parallel design in which first-round placebo nonresponders were randomized to placebo or high- or low-dosage levels of the drug combination, wrote Maurizio Fava, M.D.”

The 2 mg buprenorphine / 2 mg samidorphan dose was associated with significant improvements in depression on multiple measures and appeared to be well tolerated. The most common side effects were nausea, vomiting and dizziness. There was no evidence of opiate misuse or withdrawal.