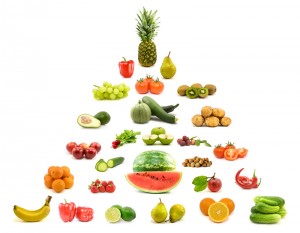 Researchers at Rush University have developed a diet (the MIND diet) that appears to be associated with significantly reduced cognitive decline in aging. The diet was developed from three sources of information: the Mediterranean diet (as elsewhere on this blog), the DASH diet for the prevention of hypertension, and a review of the literature on the effects of specific dietary components on memory function in aging and (evidence that leafy green vegetables and berries may be particularly helpful).

The researchers found that elderly adults who strictly followed the MIND diet were 7.5 years younger cognitively over a period of nearly five years compared to those who followed the diet the least.

“The study findings suggest that the MIND diet substantially slows cognitive decline with age,” Martha Clare Morris, a nutritional epidemiologist at Rush University Medical Center, and her team said in a report in the journal Alzheimer’s & Dementia.

The MIND diet has 15 dietary components and is, in some ways, and easier diet to follow than the Mediterranean diet:

In the picture to the right you can see what it takes to be fully compliant with the diet.

Probably the most surprising part of the diet is that it asks you to have  three servings of whole grains a day.

In addition you should have: a salad and another vegetable each day and a glass of wine. You should eat beans and poultry at least twice a week and fish once a week.

The only fruits that you track in the MIND diet are berries.

The researchers studied changes in cognitive ability of 960 adults with an average age of 81.4 years at 40 retirement community and senior public housing units in the Chicago area over a period of 4.7 years.

“Everyone experiences decline with aging; and Alzheimer’s disease is now the sixth leading cause of death in the U.S. which accounts for 60 to 80% of dementia’s cases,” Morris said in a statement.

The main difference between this diet and the Mediterranean diet is that the MIND diet has a smaller requirement for fish consumption and olive oil consumption and is more generous in the amount of red meat it allows.

The results from this study are roughly comparable to the results seen with the Mediterranean diet in larger and longer studies. However those results were from intervention studies in this study was an association study: in this study it was shown that adherence to the diet was associated with reduced cognitive decline and an attempt was made to identify potentially relevant confounding variables (things other than the diet might have explained the findings) that there was no effort to actually change the diets of those in the study so it is quite likely that the people who followed the diet the most closely were more concerned with their health in general which could’ve explained some or all of the effects.

So don’t throw away your Mediterranean diets just yet.