In a review of an article published in JAMA Psychiatry in early March 2016, Dr. Steven Dubovsky writes about encouraging findings about treatment efficacy of patients with major depression from a large study in Denmark.

In the study, researchers reviewed 10 years worth of national data from the extensive population records capped in Denmark which provides nearly universal access to psychiatric services in inpatient, outpatient, and emergency psychiatric settings.

The research looked at the records of 11,640 patients with a first diagnosis of adult-onset major depressive disorder (MDD) between 1995 and 2002. There appeared to be four major types of outcomes: 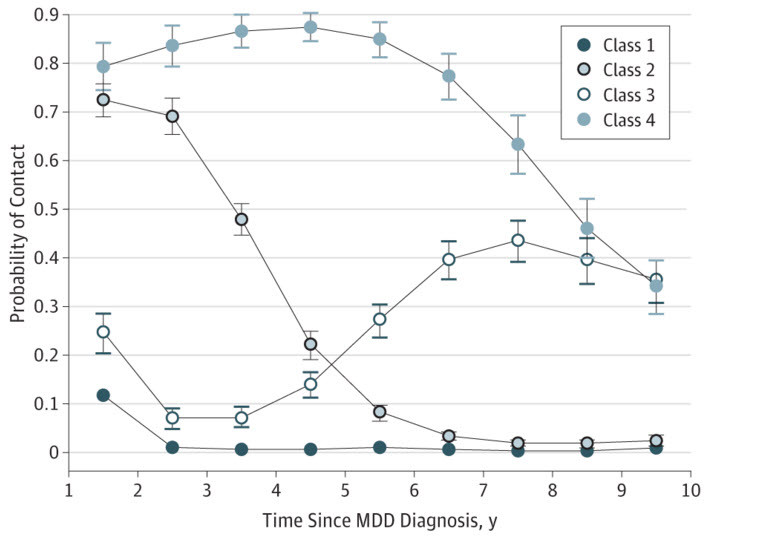 At least in Denmark, most acutely depressed patients seem to do well after initial treatment lasting up to 2 years, whereas patients with more-severe illness have more persistent, or at least intermittently ongoing, specialty care. We do not know which treatments were administered, but the current findings encourage us: If we treat depression vigorously, especially its initial episode, the long-term outcome will be good. More-severely ill patients should be treated even more vigorously to reduce relapse and recurrence.