Neuroscience Based Nomenclature is an initiative by a number of prestigious organizations supporting research in neuroscience and psychiatry to change the way that we talk about psychotropic / psychiatric medications.

A severely depressed patient with bipolar 1 is discussing her need for a change of medication. I am very concerned about her and want to help alleviate her suffering. Because she has had poor responses to many medications in the past, I feel that prescribing an “antidepressant” is not likely to help and may make things worse. I talk with her about other options and she becomes very angry with me… “If you don’t want to prescribe an antidepressant you must not feel I am depressed…”

A young man with chronic panic disorder and mild episodic depression asks me for a medication to help his anxiety, noting that his anxiety is much more significant than his depression, I suggest that a serotonin reuptake inhibitor would be a good option. Recognizing this medication as an “antidepressant” he also becomes upset that I am not listening to him.

An older woman with an inadequate response to an antidepressant, receives a prescription for adjunctive aripiprazole (Abilify) to try to boost the effect of her antidepressant. She takes the prescription to a pharmacy where the pharmacist embarasses and horrifies her when he counsels her that her new medication is to treat her psychosis… She calls me in shock.

The fact is that our old nomenclature, based on a hodge podge of approved indication (mood stabilizer), chemical structure (tricyclic) and mechanisms of action (SSRI), is often not helpful.

A task force has come up with a new system for classifying medications. It is more precise but has its own flaws (some of the classifications are very lengthy, hard to use to summarize a group of medications) but overall a worthwhile effort. For clinicians there are free Google Play and Apple App Store apps to download that include other information about indications and adverse effects. 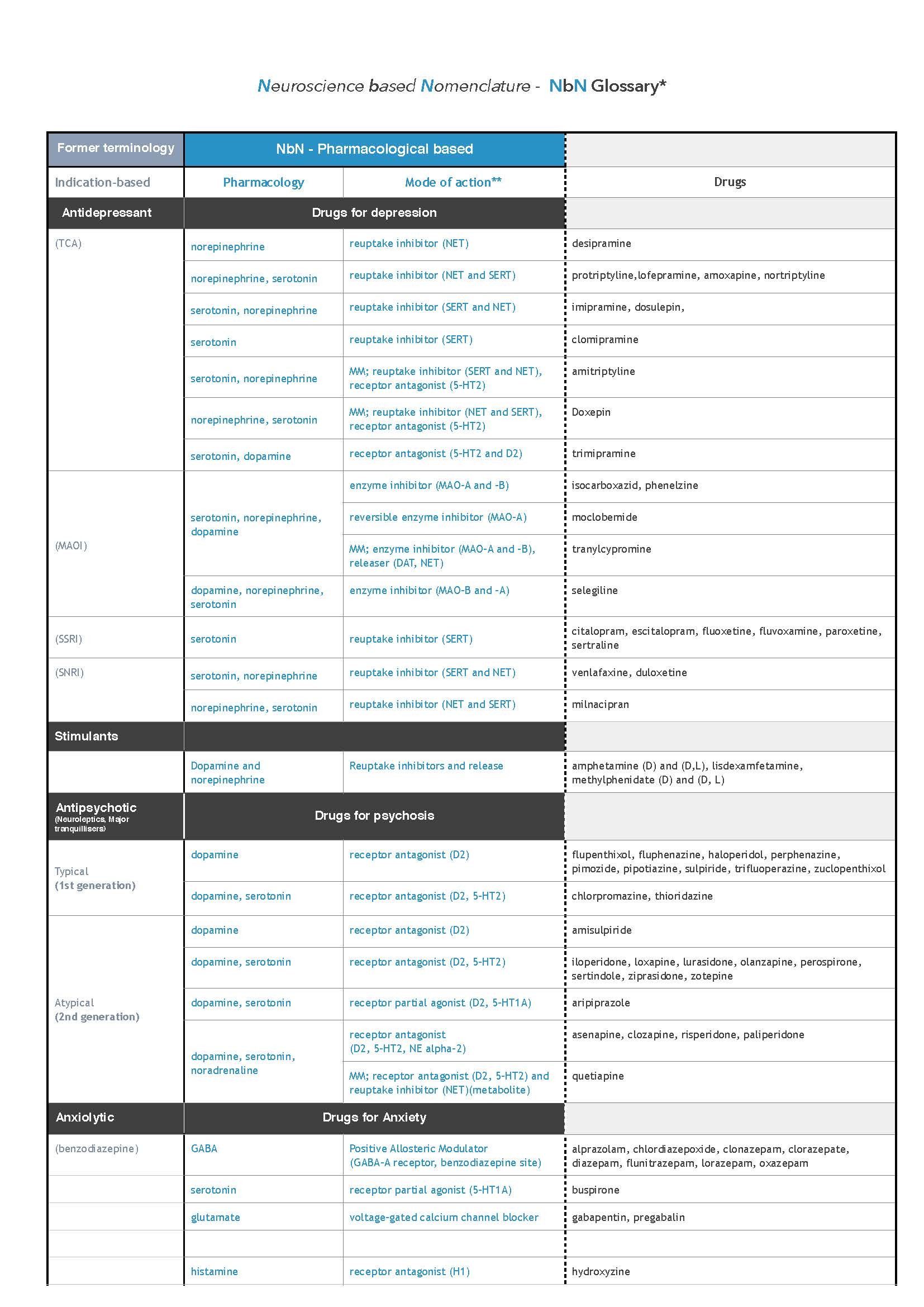 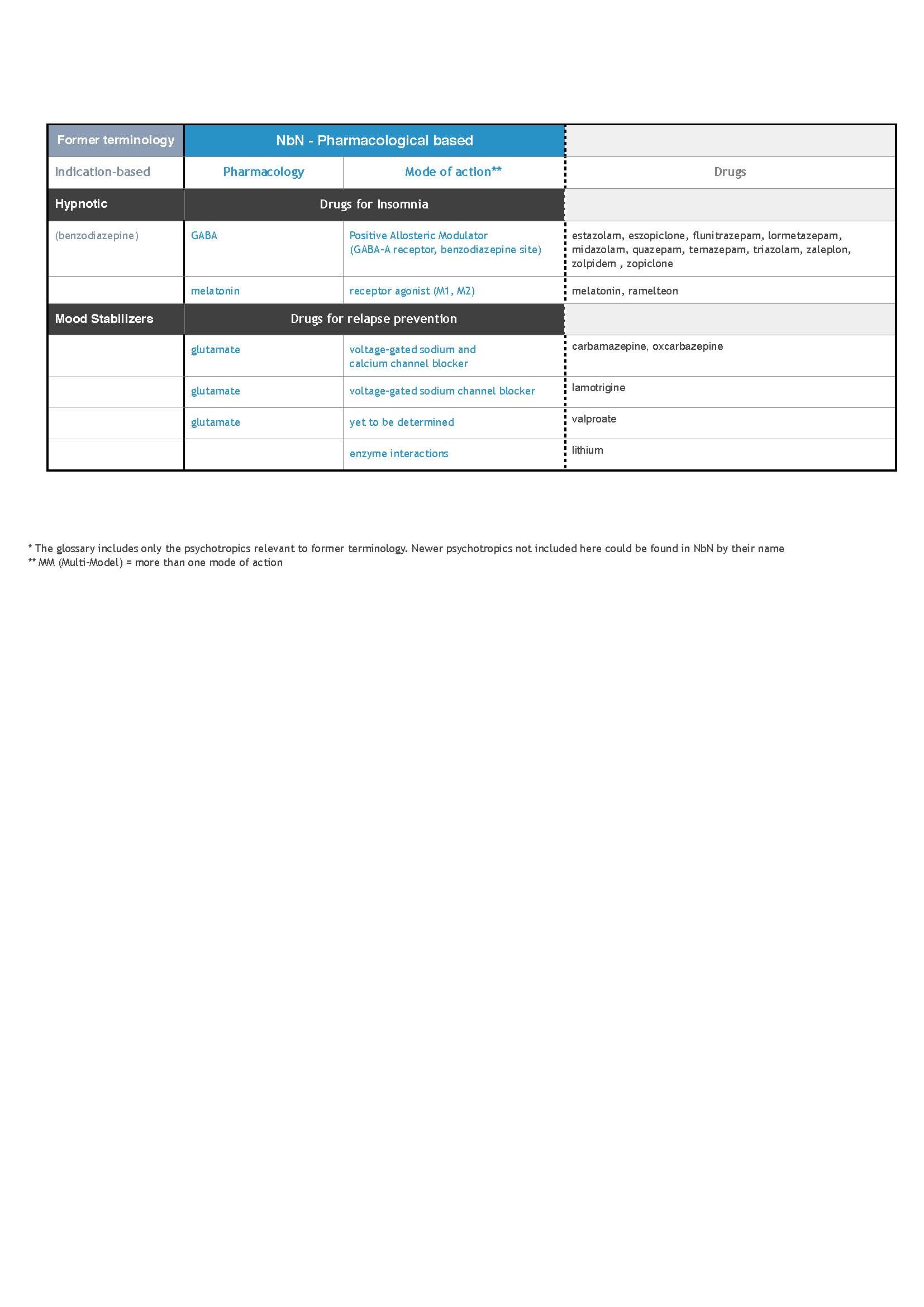