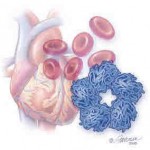 A simple laboratory test may predict which antidepressant will work best. This is the result of a study reported in the American Journal of Psychiatry by a team of Canadian and European researchers.

The study was part of larger research program (Genome-Based Therapeutic Drugs for Depression – an effort to find biomarkers to guide medication selection) and it identified C-reactive protein (CRP) which is a test that measures systemic inflammation (something that would be seen with an autoimmune disorder, or stress, or an infection).

Patients were randomized to either the SSRI escitalopram (a pure serotonin antidepressant) or the tricyclic antidepressant nortryptiline (which has both noradrenergic and serotonergic effects).

Patients with low baseline levels of CRP (less than 1) improved more with escitalopram, while those with higher CRP levels did better with nortriptyline, as measured on the Montgomery-Åsberg Depression Rating Scale,

Using this algorithm about 1/3 of patients beginning treatment for depression would be placed on nortryptiline and 2/3rds would be treated with escitalopram.

Using CRP to predict which medication to use could modestly improve outcomes (on average it would yield a 3 point improvement on the Hamilton Depression Rating Scale, which is a noticeable effect).

According to the lead author, the study must be replicated and tested with other antidepressants. However, this exploration of the different effects of norepinephrine and serotonin on the immune system may open doors to predict how patients respond to treatments and perhaps narrow the trial-and-error process of finding the right antidepressant for each individual.