SSRIs are among the most commonly prescribed medications for chronic anxiety, but not infrequently these medications may be associated with a short term increase in symptoms that precedes the long term benefit.

In an elegant series of studies published online in late August 2016 in the premier scientific journal, Nature, researchers from the NIH and the University of North Carolina at Chapel Hill show the mechanism for this phenomenon, at least in mice.

They first identified serotonin circuits activated by fear in the mice.

A key circuit connected serotonin cells in the dorsal raphe nucleus (DRN) with the bed nucleus of the striae terminalis (BNST). 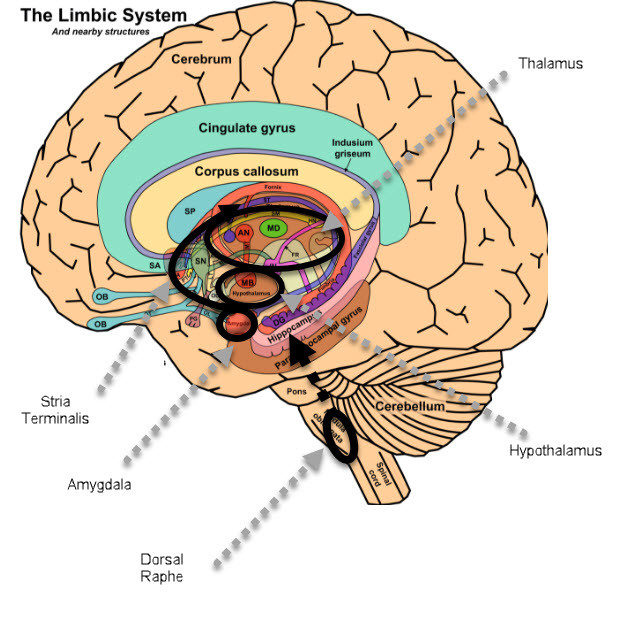 of the limbic fear network) with the hypothalamus (a key component of the cortisol stress response system). See a vastly oversimplified diagram to the right.

The researchers found that increased serotonin output from the cells in the dorsal raphe stimulated serotonin 2C receptors on cells in the BNST which in turn inhibited an anxiolytic circuit connecting the BNST with the hypothalamus and ventral tegmental area.